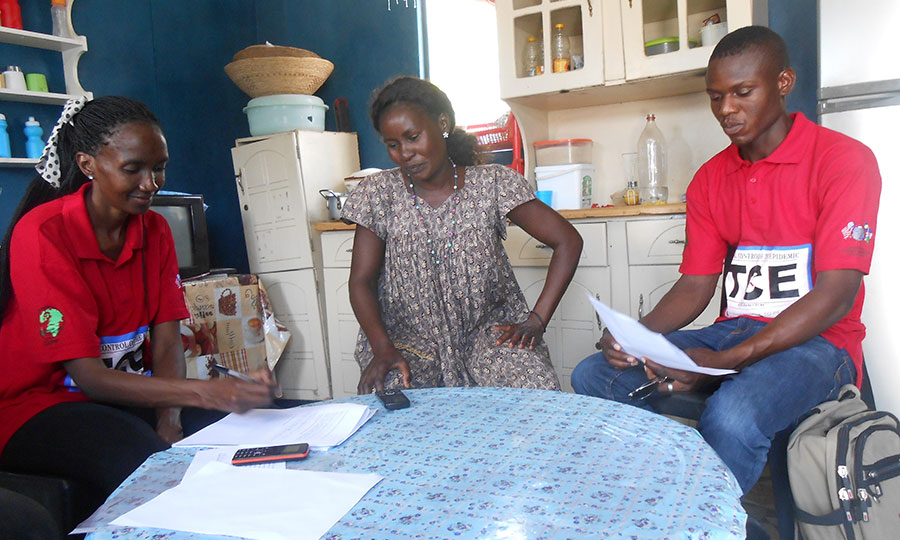 Hilya Matthew (not her real name) is 42 years old. She was in a relationship with her boyfriend for many years. At that time HIV infections were very common. She responded to the call to get tested and know your HIV status in 2008. Here is her story;

I came to learn about the TCE Project in my area and invited Moses, the TCE Field Officer, to visit my house. I opened up about my HIV status to him and Moses gave me a series of counselling sessions that really helped me to be comfortable with my status. At the end of the year 2009 I met a new boyfriend and we now have two boys aged 8 and 4 years. Thankfully, both of them were born HIV negative.

Since I have to take the ARV treatment for the life I am now a member of the Community Adherence Group (CAG). In the CAG we contribute transport money so that one member goes to collect ARV medication at the Health Centre for all of us. It is good that we take turns to go to the Health Centre, which saves us money and time. I use the time to do other chores at home and concentrate on my business.
Since my diagnosis in 2008, I have achieved a number of things that I am proud of. I have managed to build my house through savings and money I generated from my business. I am living a normal and healthy life. I am no longer sick with a serious condition.
The TCE Field Officers’ visit and support to the CAG mean a lot to us. The TCE Field Officers are closer to us than our own neighbours. The frequent calls to check up on us are very comforting.

I would like to thank the TCE Field Officers for their dedication and hard work. TCE should continue to assist and extend their services to other communities as their services are needed everywhere. You can live a long and healthy life if you adhere to your treatment. I have never fallen sick since I started treatment. 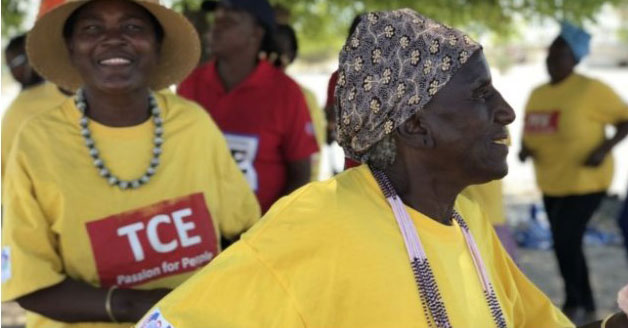 The TCE (Total Control of the Epidemic) programme implemented by DAPP Namibia has used a door to door approach to make all individuals and communities aware of their roles in preventing HIV/TB and adopt behaviours that contribute to reducing the spread of HIV/TB. “Only the people can liberate themselves from HIV/AIDS the epidemic”. Read more on the BBC article on how the programme has contributed to the fight against HIV in Namibia: https://www.bbc.com/news/world-africa-46397877 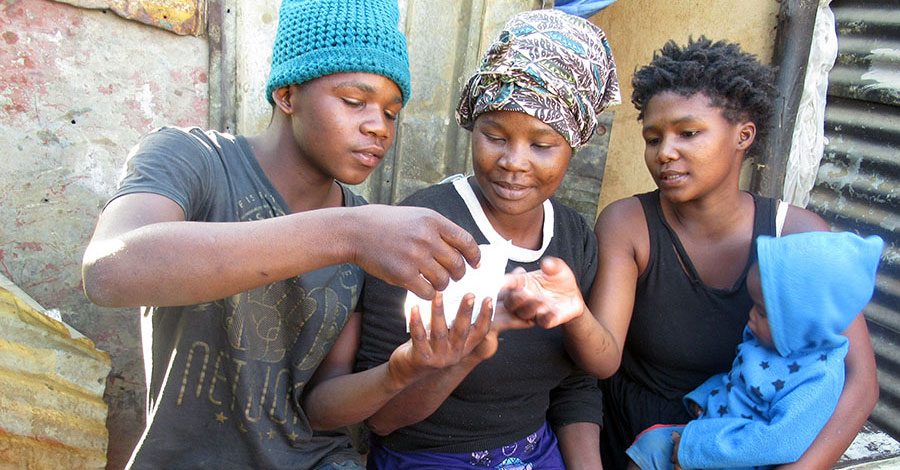 We know we should ask every new partner to "get tested," but what for, exactly? With news that certain Sexual Transmitted Diseases (STDs)) are practically as common as the flu and that many people are not even getting tested anymore. What's the new "normal" when it comes to safe sex? Do not hold off on the conversation until you have done the deed, and then panic later when you have been exposed to something. Test first, sex later!


“I tested HIV positive during my last pregnancy when I started antenatal care. I was disappointed because I did not know my boyfriend's status, neither did I ever ask. One day when my boyfriend left for work I attempted to commit suicide. I tried hanging myself with a rope. Unfortunately, while I was busy preparing, I heard my friend came knocking at my door. She kept shouting my name, it is as if someone told her that I was up to something. The voice in me said I should open the door. When she turned her head to my ceiling there was my hanging rope. I cried as I disclosed to her that I tested HIV positive, I do not want to live positive I want to die. My friend told me, she has been living positively for two years, yet she is still living health. She showed me her the hospital passport card to prove that she is positive. It was after her advice that I decided to live a positive life. I later disclosed my status to my boyfriend and I found out that he was HIV  positive and he did tell me about it.

This resulted in me separating from my boyfriend, I am glad my friend had advised me further to seek further support form DAPP TCE (Total Control Epidemic) support with the advice from TCE field officer I was able to give birth to an HIV-free baby and today I am living an HIV positive and healthy life ”- said a client, during the mother to child prevention, follow up.

This story was told by a mother to her TCE field officer followed up with the mother and body that they did the right things for 18 months after the body was born. 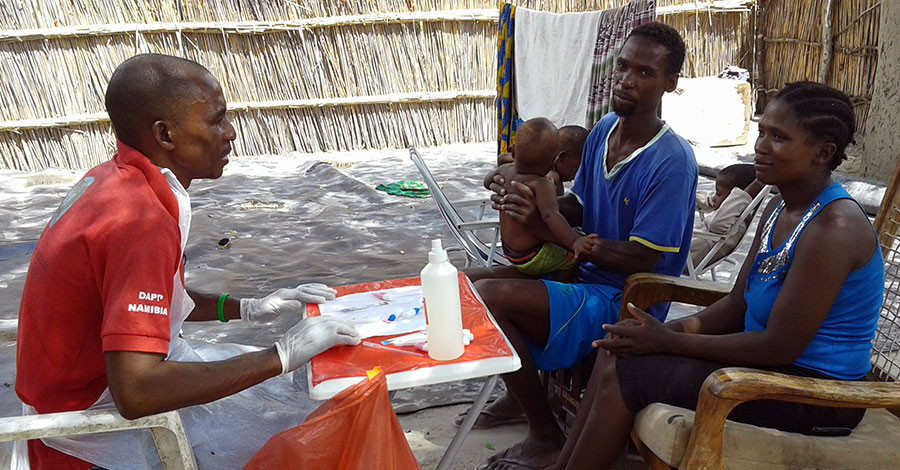 The TCE (Total Control of the Epidemic) programme priorities among others are centred on HIV prevention and treatment interventions, particularly working with Prevention of Mother-to-Child Transmission (PMTCT) clients. However, HIV/AIDS care after birth, for both the mother and baby, remains a challenge. It is said that even thou adherence of an infant lies with the mothers in some cases mothers do not understand the effects associated with defaulting and health consequence their children might face.
Adherence to antiretroviral treatments is necessary to prevent drug resistance and mother to child transmission of HIV among HIV positive women. However, there is a gap in clients’ knowledge, attitudes and perceptions of antiretroviral therapy (ART) and Prevention of Mother-To-Child Transmission (PMTCT) which influences their decision to adhere to ART.


“During my door-door follow up with my PMTCT clients, I found a breastfeeding mother who was defaulting on her ARV medication. And she was also not taking her baby for follow-ups either, she ended up infecting the baby. The baby lost weight, at 9 months old the baby was looking like a four months old. I sat her down to explain to her the importance of taking medication on time as well as following the doctor’s instructions. After our discussion, she agreed to be more committed. On my last visit, I found that both the baby and the mother in a good health condition. She thanks the TCE Field Officer for providing her with good information. She says it is because of lack of proper information that she was defaulting from her medication and program” stated TCE Field Officer reporter Maria Amiti.

Understanding the benefits of the PMTCT program, easy access to the program, as well as the presence of social support from families are the important motivators for mothers to commit to PMTCT. Therefore it is in the best interest of the child, and mothers to do HIV pre-test and PMTCT adherence education and counselling. Adherence to antenatal and postnatal clinic follow-ups will improve adherence rates for a possible HIV-free generation. 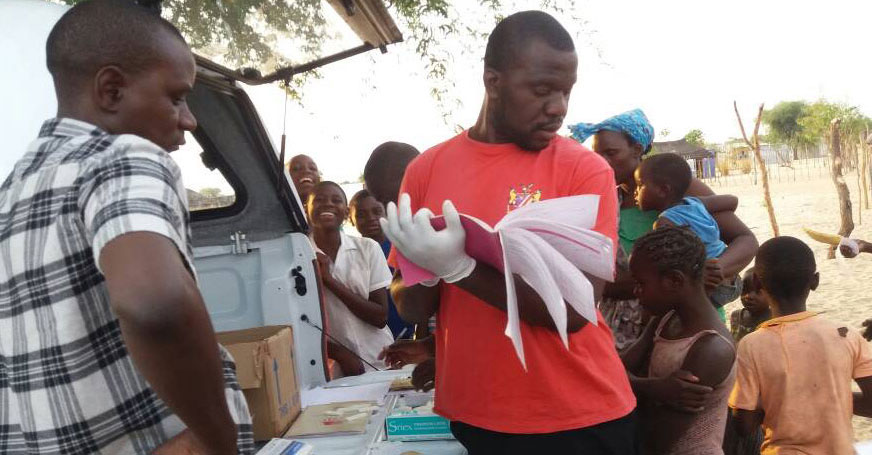 The Malaria program in Namibia has expanded to include community-based Testing, Treating and Tracing (TTT). Partners supporting the National Vector-borne Disease Control Programme (NVDCP) DAPP Namibia included, have been implementing the malaria awareness campaigns using community health workers to educate communities on malaria preventative measures and assisting in the distribution of Long Lasting Insecticidal Nets-LLINs (bed nets) and now this strategy has broadened to Testing, Treating and TracingTTT.
DAPP Namibia is part of a consortium consisting of five organizations; ADPP Angola, The MENTOR Initiative, CICA with JC Flowers Foundation operating in Angola and DAPP Namibia and AAP (Anglican Aids Program) operating at Angola-Namibia boarders implementing E8 Malaria project targeting cross border mobile populations to eliminate malaria transmission between the countries.
An important component of Malaria elimination is surveillance. Surveillance is observations of breakout cases. This is done through active case investigation and detection to predict, prepare and respond to the malaria outbreaks. Surveillance in the malaria program traces positive malaria cases and test and treat everyone within a 100m radius of the affected patient.


Community members have shown appreciation towards this new initiative stating that: “It is good that everyone was tested, and those who were tested positive were treated right away. It is also good that people do not have to go a long way to the hospital, this way I did not spend a cent ” said a community member when asked whether the project has brought change to the area.
DAPP Namibia's ultimate goal is to continue to be part of the implementing organisations assisting the 8 SADC countries (Angola, Botswana, Mozambique, Namibia, South Africa, Swaziland, Zambia and Zimbabwe) governments to eliminate malaria in the continent. The elimination goal for Namibia is to be reduced by 2022.
Therefore, DAPP Namibia continues to partake in partnerships, association and collaborations that ensure malaria cases are decreasing and eventually bringing the malaria under control to achieve elimination in Namibia. 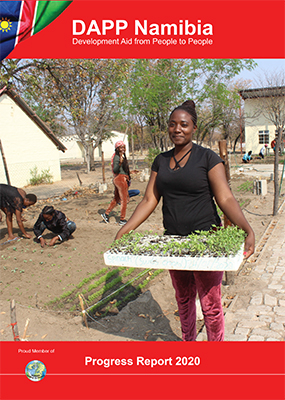